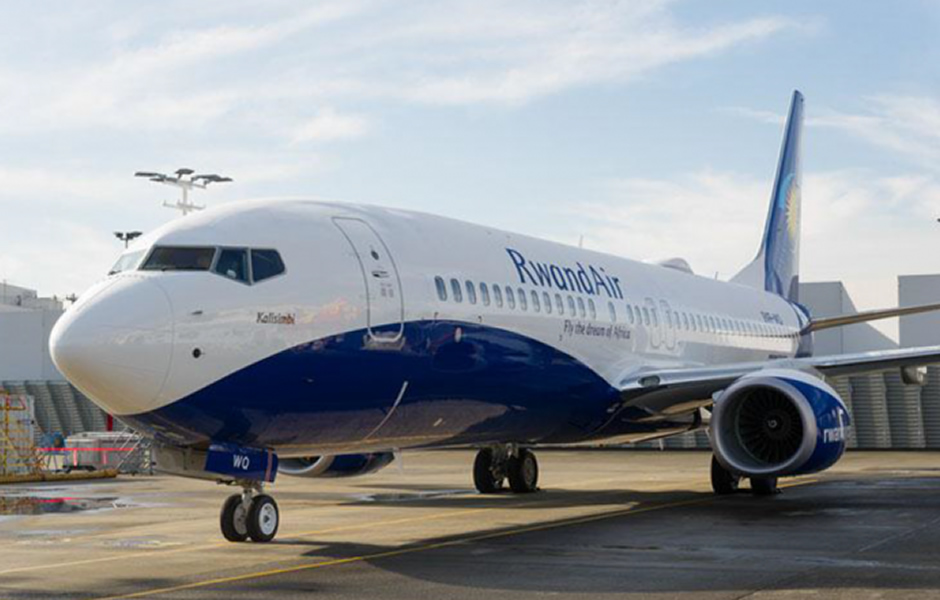 In contrast to a lot of other airlines, rapidly expanding on the back of massive government pride programs or compulsively delving into opulence way beyond the spirit of their initial charter, RwandAir seems to earnestly reflect the new-found optimism of the country without exaggeration. Just as Kigali is a neat and well-groomed city rather than a hollow, high-rise metropolis, so the national carrier is a relatively small, but impressively well-oiled machine – and nowhere is this more apparent than from a customer’s perspective.

As a foreigner with a professional network spread over East Africa, I clock up quite a few days on the road in the region yearly. However, the unpredictable nature of the entertainment industry makes it infeasible to rely on solely one mode of transport when moving around – as is the case for most travel here. In addition to this, I’m an aviation geek, and my travels in the region more often than not find me at an airport, ready to sample yet another airline offering more or less comfortable flights at a more or less competitive price point. Of course, coaches are cheap and reliable, but when time is of the essence, you can’t beat flying – and nothing beats the thrill of roaring down the runway before seeing the lovely landscape unfold below you, at least in my book.

A few days of meetings and networking in Nairobi recently, gave me the opportunity to sample some of the very newest aircraft trawling East African skies. With an average age of around 6 years, RwandAir really does have a thoroughly modern, eco-friendly and efficient fleet. New planes, however, are no match for flaws in other aspects of customer experience, so I was very interested to see how the crew and facilities stacked up to their impressively fresh aircraft.

Entebbe Airport is compact and easily navigated. The staff are sometimes very friendly, at other times very formal and cold. In other words, not the greatest airport in the world, but far from the worst. I had a late morning flight out, which is a time of day when Entebbe does not receive fully-laden flights from far-off destinations and everything moves at a leisurely pace. Such was the case on this lovely March day: check-in went smoothly, as did the passage through immigration before the departure lounge revealed itself fairly empty. boarding had not yet started, so I enjoyed a cup of coffee along with the free WiFi offered by the airport.

After having gone through the pre-boarding and subsequent wait, I was happy to board the almost brand new 737-800 aircraft. It had the “new plane smell” that I all too infrequently experience, but so much the better on the few occasions I do get it. The 3-a-sideslim leather seats made for excellent leg room, and with around a 50% load, there was ample room to recline the seats and lift the arm rests, making the amount of personal space very generous. A very smartly dressed, efficient crew made sure we were all properly strapped in for an on-time push-back and taxi. Shortly after takeoff, they were there, offering drinks and making ready for a meal service. And what an impressive meal service! In addition to some very tasty chicken, we were served a roll of bread –with butter and cheese– and cake for dessert. Hot food on a 1-hour hop is not something you can get for free back home (and for economy passengers, they hardly even stock snacks), so this was a very pleasant surprise. The drinks were also kept coming, and before I could say chin-chin to my seat neighbor, we were approaching JKIA and Nairobi. Clearing immigration was a breeze, and I met my ride outside easily.

Having concluded my business in Nairobi, I was looking forward to another day of flying, this time in two different RwandAir aircraft, both of which were relative newcomers to my own flying experience. I have flown each of these aircraft only a handful of times, and while I am never averse to 737’s and Airbuses, it’s always refreshing to be taken for a flight on other birds as well.

I like JKIA for departures. The modular nature of their main terminal means you’ll never feel extremely crowded, as only a handful of flights are checking in at any one time in the same area as you – as was the case on this day. In fact, the only other departure from Terminal 1C at the same time as us, was an Ethiopian Airlines flight to Addis Ababa, and it seemed that most of their passengers were already through by the time I arrived. It was evident from talking to others I was queueing with, that a fairly large contingent was travelling together, heading to Bujumbura. They were in a good mood for travelling, and I could tell this was going to be an entertaining flight.

Canadair regional jets are definitely smaller than Boeing 737’s, but with the 2×2-configuration, we were all very comfortable. RwandAir does offer a business class product on these aircraft, with a more comfortable 1×2 configuration, but no upgrades were offered to the six seats – of which only one was taken for this flight. The upgrades, however, were not needed. The party bound for Burundi lived up to my expectations, providing raucous entertainment for the 75 minutes the flight lasted. It was all further fueled by the generous servings of food and drink the very professional and pleasant crew offered up throughout the flight.

As we landed in Kigali, our ways parted inside the compact, yet airy departures lounge of Gregoire Kayibanda International Airport. Despite a relatively long queue, my passport was checked quickly, and I had a quick look around before deciding to spend $ 25 on access to the Pearl Lounge for the duration of my stay – which was scheduled to be around 4 hours. The lounge was nice, with plenty of areas to sit and relax, as well as a work area for the large number of business travellers who need to be available or to finish the report that was due yesterday. There was free WiFi in the lounge, and this worked perfectly fine, even though I suspect it would struggle quite a bit if it wasn’t for the relatively few people apparently using it. There was a modest amount of food available, both hot and cold, and while this was all fine, it did not blow me away to the same degree that the service aboard the RwandAir aircraft had done.

After a good session of work, some food and a couple of cold drinks, I was ready to head down to the day’s second flight, taking me back to Entebbe. I did end up sitting in the gate area for a lot longer than I had needed. Oh well, maybe I was a little restless to get back up in the air. As soon as boarding did start, we got on the bus that would take us to the aircraft pretty quickly. There was only one snag, an aircraft chartered by the government to transport soldiers was disembarking along our route, and if you’ve ever been to the circus and seen the clowns coming out of the small car (they just keep coming and coming, endlessly), well, it was a little bit like that. We stood for a good 15 minutes waiting for all the soldiers to exit before our bus driver gave up and took a detour around the scene.

Our DHC-8-400 was very fresh looking, and the seats were the most comfortable I have ever experienced in aircraft of this size. Despite the slight delay getting to the aircraft, this was quickly recovered by an efficient crew, and a fairly light load of passengers. Even on this short 50-minute flight, a hot meal and free drinks was served. The service was very professional and pleasant, as I had now come to expect from RwandAir.

All in all, travelling within East Africa on RwandAir was a thouroughly pleasant experience which I would have no qualms about repeating. I am now also eagerly looking forward to sampling their new long-haul service to Europe. Let me just get my calendar…

The writer is the managing director of East African Records

Marriott CFO to Speak at Barclays Gaming and Lodging Conference 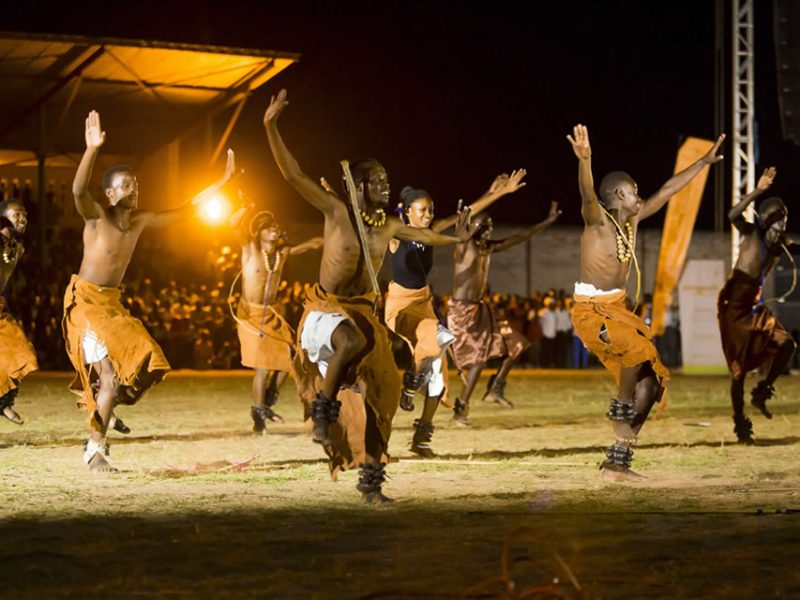