As the world celebrates this year’s annual World Wildlife Day tomorrow, 50 members of different cooperatives in Nyakinama village, Musanze district, northern Rwanda, have embarked on a tree-planting mission to help in wildlife and nature conservation around the Volcanoes National Park.

The project, dubbed Igihoho and running under Red Rocks Initiatives for Sustainable Development, was officially launched today and will see the groups, mostly composed of vulnerable women and low-income families, plant thousands of trees to help protect endangered wildlife species around the country’s national parks.

According to Poline Mahawenimana, a member of Abarura Mucho Cooperative, one of the cooperatives taking part in the initiative, they have embarked on wildlife and environmental protection not only as part of Red Rocks’ programmes for sustainable development, but also to ensure the animals and plants are protected for posterity.

“Our initiative is defined by a philosophy that when we plant trees and restore the habitat, the animals are going to return. And that’s what we need in this community; to continue living harmoniously with nature,” says Poline, a mother of three.

The Igihoho Project uses banana barks that are stripped to make bags where seedlings are planted and later, the trees are going to be planted to coincide with the Tree Planting Day scheduled later this year.

Greg Bakunzi, the founder of Red Rocks Cultural Center, where the ceremony was held, told Chwezi Traveller that this was just the first part of an elaborate programme they’re initiating geared towards nature and wildlife conservation.

“The saying ‘we don’t plan to fail but we often fail to plan’ also applies to tree planting. Crucial to successful wildlife conservation is a well-developed plan to guide your action and decision making. Our long-term mission is not only to increase protective cover but also to grow shrubs and trees for other reasons as to protect wildlife, and our best plantings have set-off with a detailed plan,” said Bakunzi.

Bakunzi added that the use of banana barks stripped to make bags for planting the trees also will go a long way to help in the Rwanda government’s ban on the use of plastic bags, observing that many tree planters still use the plastic bags that are hazardous to the environment.

He further says that involving the local community in wildlife protection and nature conservation is part of their mission to see locals actively taking part in conservation and sustainable development, saying the vulnerable families that form the majority in rural households, are going to benefit from various incentives like cash for making the bags and planting the trees.

According to Rwanda Economy (2017) Survey, Rwanda is a rural country with about 90% of the population engaged in subsistence agriculture and some mineral and agro-processing. Tourism, minerals, coffee and tea are Rwanda’s main sources of foreign exchange…while 40% of people, mostly in rural areas, live below the poverty line.

“We involve the vulnerable rural households around the national parks to help in conservation and also raise their livelihoods since tourism activities prevalent around here can greatly benefit them and our environment too,” says Bakunzi.

Joseph Bashayija, one of the cooperative members present during the launch of the Igihoho tree planting project, said the programme is going to involve local leaders and by extension the government and conservation players for proper placement of the trees and support.

“Our main objective is restoration of wildlife habitat through planting of trees since there are many species of animals like birds that depend on trees for their survival. Unfortunately, deforestation has led to endangering the survival of these animals, but we are out to right the wrong,” says Bashayija.

Rodriguez Iragena, a local television content producer, said Red Rock’s Igohoho tree planting programme is important in raising awareness about conservation in general, echoing the words of former US Secretary of State Hillary Clinton that “protecting wildlife is a matter of protecting our planet’s natural beauty. We see it as a stewardhip responsibility for us and this generation and the future generations to come. But it is also a national security issue, a public health issue, and an economic security issue.”

He adds that the initiative is going to complement the government of Rwanda’s commitment to environmental and wildlife conservation, since these are among core issues the government is concerned with to promote sustainable development. 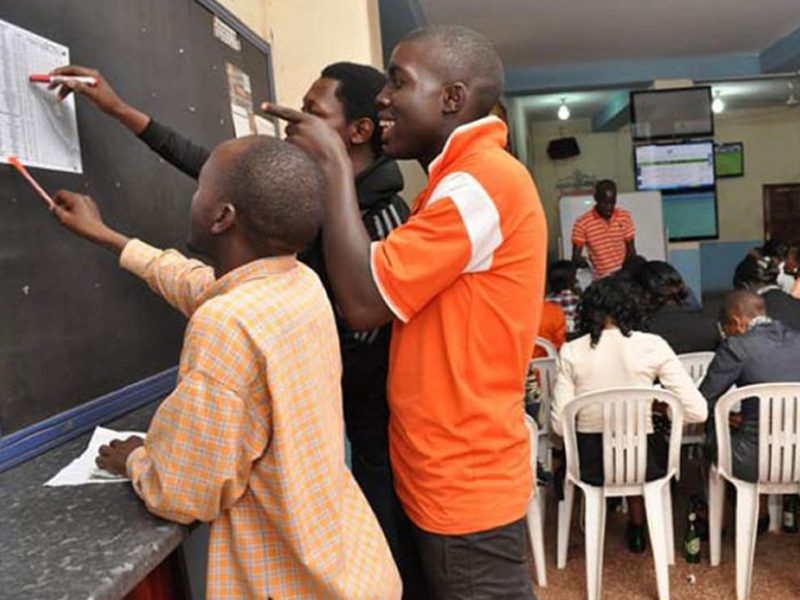 Sports betting in Kigali: A New Era of Addictive Gambling