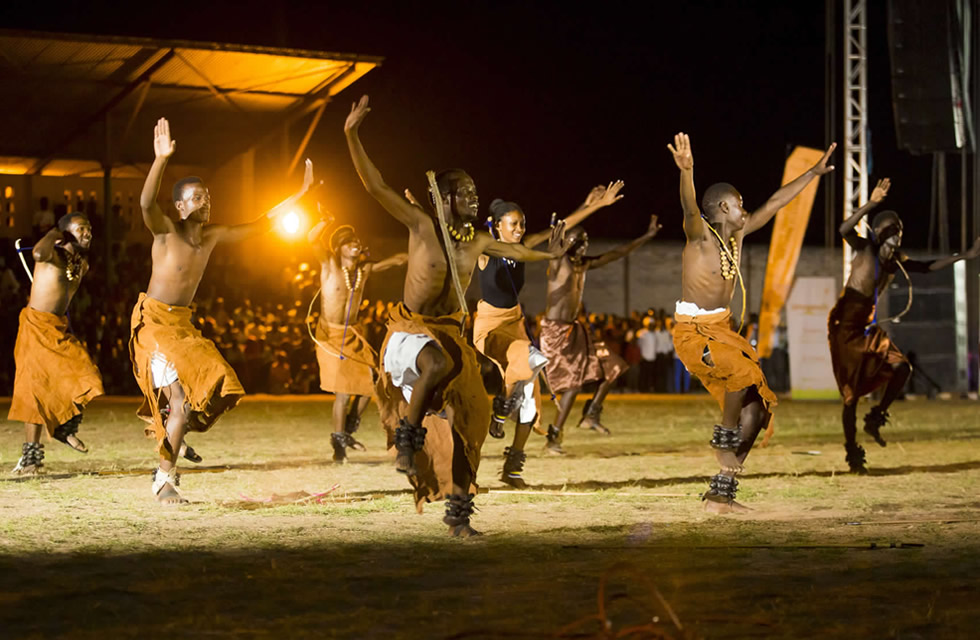 Rwanda’s tourism is growing fast thanks to the creative stakeholders in its tourism industry. Renowned mostly for mountain gorillas, Rwanda is not only the best destination for gorilla safaris but also for an amazing cultural encounter with the local African people. If you would like to interact with the locals, learn about the culture of the African people, Rwanda is fast becoming a favorite destination to travelers. After successfully promoting the Kwita Izina, a gorilla naming ceremony held in July, the country is yet to launch another festival on the 26th, December, 2014.

The Nyanza District, home to some of the country’s most impressive historical and cultural sites from the past kingdom, has partnered with the National Institute for Museums and others to launch a culture festival held for the first time this year on Boxing Day, 26th of December. The Rwesero Art Museum has been selected as the venue for the inaugural event which will become part of Rwanda’s annual calendar of festivals.

There are several things that are to be showcased to travelers from traditional songs, poetry, art and crafts, etc. At the centre, tourists will learn about the traditional food preparations, live stock grazing, milking and other daily activities engaged in by the Rwandan people which will form the core of the various activities for the day, aimed to bring closer the country’s rich history to not only tourists but also the present day generation. The festival targets not only foreign tourists but also Rwandans as well as visitors from Eastern Africa. Tourists traversing the country can use this opportunity to stop by and enjoy some of the performances.

Rwanda’s tourism industry and the Rwanda Development Board (RDB) has in recent years diversified their offerings, from what once was an almost exclusive gorilla tracking destination to include the country’s two other national parks, Akagera and Nyungwe Forest, the 224 kilometre long Congo Nile Trail from Kamembe to Gisenyi, which runs along some of the country’s most scenic sites along Lake Kivu, bird watching areas, the National Museums and of course the annual naming of gorilla babies, Kwita Izina.

While speaking during the World Tourism Day celebrations in New York last Wednesday, the African Development Bank (AfDB) president, Dr Akinwumi Adesina, said the continental funder was renewing its support for the tourism industry, focusing on projects that seek to promote diversification of tourism on the continent. The annual event is organized by the United Nations World Tourism Organization (UNWTO).

Rwanda Development Board projects the tourism sector to generate about $444 million in 2017, up from $404 million recorded last year. Meanwhile, Adesina has called for strong public-private sector partnerships geared at supporting and promoting sustainable tourism development in Africa.

He added that the cultural and creative industries, such as textiles, fashion, food, culinary, arts and film present huge untapped potential that could help boost tourism on the continent, and create jobs and spur incomes of communities.