Benefits of Renting a Car with Driver in Rwanda

When you hire a chauffeur, you don’t have to worry about the extra fees that come with renting a car, including parking fees, extra insurance and fuel. Licensed chauffeurs are highly experienced at navigating all types of traffic and weather conditions. Below are some of the benefits of renting a car with a driver in Rwanda;

The first benefit of renting a car with a driver is that you don’t have to drive the car yourself and completely enjoy your trip sightseeing the roads, the mountains and the forests on your route. You can keep talking and discussing things with your companions have snacks and refreshments without focusing on the road.

The second big benefit of renting a car with a driver is that the drivers that a car rental company provides you are experts in their profession and know about how to safely drive the car on highways and narrow streets without becoming prone to a car accident. Also, they have enough information about how to repair a car when it’s stopped in the middle of nowhere, so you don’t have to worry about being stuck at the spot for several hours doing nothing but wait for a mechanic to come and solve the problem.

The drivers that a rental company hires are first assessed on how much they’ve traveled, how much they’ve learned about the routes, and what driving skills they have. After this complete inspection, the rental company hires the best candidates and hands over the responsibility of driving their cars. That’s the reason renting a car with a driver will help you to reach your destination through the correct route where there are no hurdles, and you reach in a safe & sound condition.

Knowledge about the car

Many times, when you rent a car, you aren’t properly aware of what functions the car has. Nowadays, the new cars are full of technology and features that weren’t introduced before. The drivers that a car rental company provides have enough knowledge about these features and how they work. So, if you aren’t aware of new car features, the best solution for this is to rent a car with a driver.

Renting a car with a driver is always beneficial rather than renting without a driver. The driver that a rental company appoints can help you out a lot during your trip as they know their way around places, hence if you need a hotel to have your meals at or to stop at some place for prayers, etc. the driver can have a good idea of where to take you, where you’ll get the most hygienic options, and this will make your trip more convenient and comfortable compared to traveling on your own.

Another benefit of renting a car with a driver is the car’s safety, as the driver doesn’t leave the car alone. He always remains inside or near to it to keep an eye on the vehicle. This prevents the car from any damage or theft. That’s the reason it’s always a good option to have a driver when going on a tour.

You might be worried about what will happen in case you get into an accident while on your road trip. Will the rental company trust that it wasn’t your fault? So here’s the solution for this. You can rent a car with a driver to protect yourself from being asked about the reason for the accident. The driver will be answerable to all these questions as he’s the one who was driving the car. So, it’s always recommended renting a car with a driver if you want to save yourself from incidental queries.

You can book car rental services with drivers and their main aim is to take you to your destination in a safe and sound manner. It’s totally the driver’s responsibility to take care of your transportation needs while you relax.

If you are new to Rwanda, you will definitely get very confused when it comes to renting a luxury car and driving around the city because of the multiple roads connecting to multiple exits. Moreover, you will have no clue about the peak hours in Rwanda. So, if you rent an affordable car with a driver, he will know where to go, how to go and when to go.

Chauffeur services in Rwanda are very popular as business meetings and dealings are common in the city. Furthermore, if you have a VIP guest to attend, you need the best of the services. Luxury car rentals with chauffeur have made it easy to handle the guests professionally. They will be properly dressed in uniform and will transport the guests to their desired location.

You do not have to spend hours finding the right spot to park your car if you have rented a car with a driver can enjoy your outing in Rwanda while the driver of your rented car can take care of the parking.

Whenever we visit any foreign city or country, we are not required to learn their language. However, at times we may face communication barriers. So if you have rented a car with a driver in Rwanda, there will be no hurdles in communicating. The drivers can directly communicate with the locals. You don’t need to worry about communicating with anyone in Rwanda.

These were some benefits of renting a car with a driver. Whenever you plan a road trip, always remember these points before making your final decision about renting a car. If you’re from any foreign country you can rent from Kenya car rental, as it is one of the most reliable rental car companies in the whole country.

Booking a rented car with a driver will let you focus more on your trip. Let the driver solve the hassles of traffic and parking, while you enjoy your trip in your affordable rented car. Best of luck with your journey. 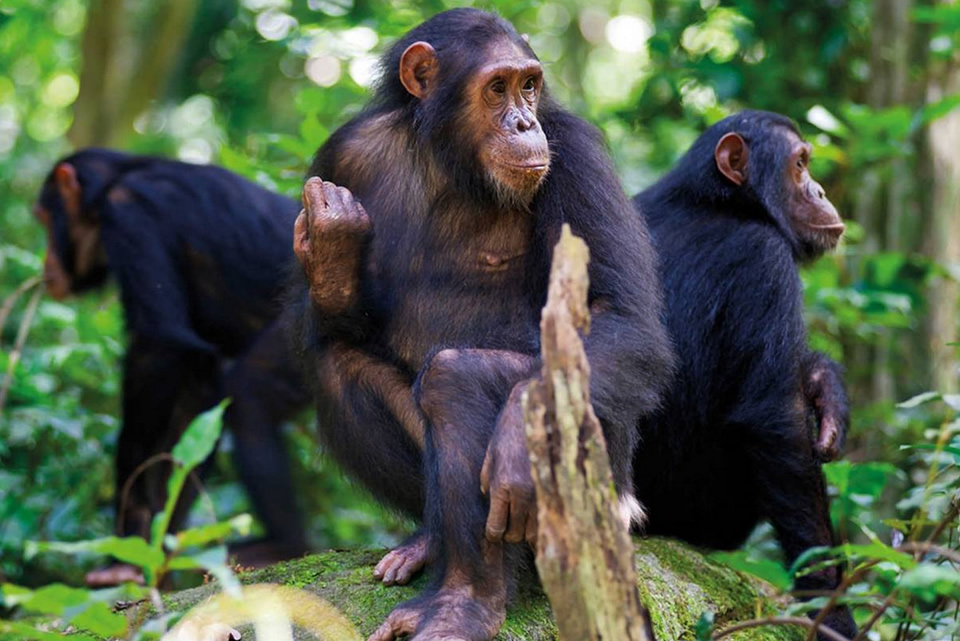 Best of Africa primate safaris, if you have an interest in Africa’s primates this journey is for you. See the endangered Primates in Rwanda’s Volcanoes National Park, Nyungwe National Park.

Primate Safari Experiences will give you a chance to participate in two premium wildlife activities in Rwanda; Golden monkey trekking and chimpanzee trekking which are considered to be some of the best to engage in while on a Rwanda Safari. Both hikes can be challenging depending on where the chimpanzee or monkeys nested the previous night. The Chimp trekking differs from Gorilla Trekking Rwanda because the sightings are a bit more sporadic and rushed, but worthwhile nonetheless as opposed to gorillas that stay for a while in one location.

The wildlife junkies have a strong connection with Rwanda and the primary reason for this is the stunning primates residing in the dense forest and volcanic mountain of the country. Though Rwanda is the iconic land for spotting Mountain Gorillas, there are a number of other primates also available who are equally entertaining during Primate Safaris Rwanda.

Chimp Trekking in Rwanda is in Nyungwe national park in the south of Rwanda. The two areas where chimps can be trekked in Nyungwe are Cyamudongo and Uwinka. Your guide will guide you on the location you are expected to trek from and you will be given a briefing before you can start the trek. Chimpanzee trekking begins early morning with visitors expected to arrive at the briefing point in Uwinka to start trekking at 5:00 am. You are allowed to stay 1 hour with the chimps after locating them with the help of your ranger guide.

Considered as the cousins of human sharing 98% of Human DNA Chimpanzees tracking is one of the adventurous activities throughout the year. Nyungwe Forest National Park is the prime spot for chimpanzee tracking.

Uniquely located on a ridge between the Nile and the Congo Rivers, the Nyungwe Forest National Park is incredibly rich in biodiversity and protects one of eastern Africa’s largest belts of montane rain forest.

It’s home not only to a habituated group of chimpanzees, but also to other primates including the Ruwenzori colobus and L’Hoest’s monkey, more than 1,050 plant species including 200 different species of orchid, 85 mammals, 310 bird species, and more. Another highlight in this park is the 200-metre long and 40-metre high suspended canopy walkway that offers a unique view of the forest.

Chimpanzee permits in Rwanda cost US$100. This amount includes park Ranger and entrance fees. The permit can be acquired either directly from the Rwanda Development Board (Tourism Department) or through your tour operator. The minimum age for tacking chimpanzees in Rwanda is 13 years. Trackers need to go prepared to deal with the dense montane forest.

Golden monkeys are known to have unique characters and are a rare species that are endangered at the moment and they are currently found in the Virunga Mountains in Rwanda. They are easily recognized due to the yellow patches that can be seen all over their bodies. The Golden monkeys are also known as ‘the Old world monkey’ and the only way to separate these primates from others is by their noses. There is a unique character about the golden monkeys and that is most of the monkeys have their nostrils pointing to the sides but if you look closely at the golden monkeys, their nostrils face upwards.

Golden monkey trekking in Rwanda mostly takes place in the Volcanoes which is found in the Virunga Mountains and it has only one session per day which starts in the morning. Those who are willing to take part in the golden monkey trekking are advised to report at the headquarters by 7:00 am for a mini briefing about the trek before it starts and it is only fifteen minutes away from the Park.

Golden monkeys are speedy moving little primates, very amusing to see as they suddenly jig from tree to tree or run after the other in loop around you. Watching these reddish gold back monkeys that blend in perfectly with the golden bamboo trees is an amazing experience.

Golden monkey safari in Rwanda starts 7:00 am in the morning; visitors can see two troops that have been habituated for tourism in the park numbering about 80 individuals, a maximum number of 8 people are allowed to track golden monkeys for only one hour at cost of US$100 per person. Visitors can arrange their permits in advance or get them at Kinigi the park headquarters where porters can also be hired at US$10.

Nyungwe national park is also a place where you will find lots of primates and one of them will be the L’hoest monkeys therefore a primates watching adventure to Nyungwe is the perfect opportunity you can have to see these monkeys.

L’Hoest’s monkeys are endemic to Albertine Rift and can be found in Nyungwe and Gishwati Forest. They have a dark coat with a white beard and live in small groups dominated by females, with a single male. These primates are also called mountain monkeys because they prefer to stay in mountainous areas.

Akagera National Park is home to olive baboons and Vervet monkeys, which can be spotted on safari drives. Other species can only be seen at night – the small potto, closely related to the lemurs of Madagascar, and bush babies, with their distinctive large eyes for superior night vision, and bat-like ears to track insects in the dark.

The best time to visit Rwanda is between June and September, which is during the Dry season when wildlife viewing is at its prime. Primate walks in the forest are a big part of any safari in Rwanda. The habitat of rainforests is, by default, very wet and one can’t avoid rain completely. Walking in the forest is easier in the Dry season and that is also the recommended time for most primate walks, including gorilla trekking.

Lastly, Rwanda’s tourism is one of the reasons why Primates should be on your bucket list.