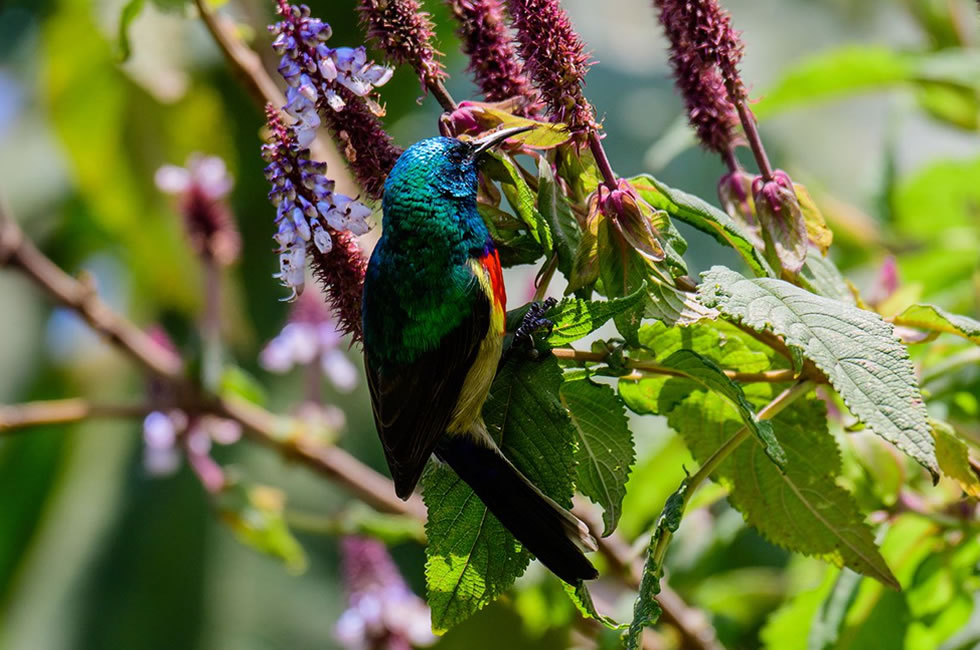 Rwanda is blessed to have the shelter of the highest population of birds in the world; it’s also ranked among the best 5 destinations in the entire world for tourists searching for the best birding tour in Rwanda. Rwanda is geographically a small land locked nation perched in the Albertine Rift valley with its dense forested and mountainous nature that avail great and long lasting memorable wildlife experiences anyone wouldn’t want to miss in life.

Rwanda with its small size has a staggering 700 bird species that quench the thirst of anyone looking for great birding safaris and experiences in Africa.

Akagera national park is a small piece of paradise perched on the Rwanda-Tanzania that provides wildlife safaris in Rwanda that travellers long for. The Park stands as Rwanda’s most spectacular site for birders as it habours several endemic as well as migratory bird species and other unique wildlife species. It is home to over 520 species of birds that dominate this place, including forest, savannah, wetlands, and montane species.

Lake Ihema is home to the rare shoe bill stork; therefore this place gives a clear view of these beautiful birds since it habours a mixture of different acacia and papyrus species, including the olive back.

Other species common in Akagera national park include; the gorgeous black headed Gonolek, the grey hornbill, lilac-breasted roller, the crested barbet, Heuglin’s robin-chat and Ross’s Turaco, among others.

This is Rwanda’s most fabulous bird watching site, and it is home to approximately 310 bird species that have been recorded, reflecting a wide habitat diversity and altitudinal range due to its dense forested nature. It’s very famous for its vegetation cover as well as being a home to many different bird species as compared to other national parks.

Nyungwe habours a variety of Albertine Rift endemics, including seven of the 12 species of Soricidae, one species of bat – Rousettus lanosus, 5 of 12 species of Muridae and the chameleon Chamaeleo johnstoni, two species of squirrels,- Funisciurus carruthersi and Heliosciurus ruwenzori. And an amphibian that is endemic to Nyungwe – the caecilian Boulengerula fischeri. Two species of butterfly are endemic to Nyungwe – Bebearia dowsetti and Acraea turlini while Papilio leucotaenia restricted to a small area of the Albertine Rift occurs commonly in Nyungwe.

It’s a protected area in Rwanda, covering 142.62km2, located in the south east of the country, south of Kigali, and includes swamps and marshes in parts of flood plain of river Nyabarongo, the longest river in Rwanda. It provides a safe haven for some of the globally threatened bird species namely; the Madagascar Squacco heron, papyrus Gonolek, Carruthers, Sisticola, white- winged scrub-warbler.

Other places where these birds can be found are; Cyamudongo forest, Rugezi among others, for anyone who wants to get an unforgettable biding experience in Rwanda.